I have not posted in over a week due to lots of illness at our house. Kent (who has cancer along with his myotonic muscular dystrophy got real sick and ended up at Huntsman Acute Care (Huntsman ER). They gave him a LOT of fluids and ran a full panel of bloodwork to determine what he had. It was determined that he didn't have the flu but that he had a virus called Parainfluenza type 1. This is typically an upper respiratory virus but it hits those with comprimised immune systems harder than most. Huntsman sent Kent home with a cocktail of virus medicine, including an incredible pill called Tesla Pearls that numbs the reflex in the lungs that causes the urge to cough. If Kent doesn't have these pills he coughs so much that he throws up and/or can't get any rest. Kent missed a few days of work and if you know Kent, that means that he was very sick. He never misses work for anything.

Today we are up at Huntsman and Kent is having an infusion of IVIG (Intravenous Immunoglobulin). Kent's Immunoglobulin G numbers are very low and that affects his ability to fight off infection. The IVIG is a human blood product containing the pooled immunoglobulin G from the plasma of approximately a thousand blood donors. This infusion causes quite a few reactions so it will be an all day visit while they watch him and then he will go home with me to have me watch him. It will take a couple of days for him to get his strength back.

I got Kent's virus but it hasn't hit me as hard as it hit Kent and I am almost recovered.

Last week I went with Andrea to see the cardiologist, Dr. Daniel Cox. Andrea had to have a cardiac MRI the week before. These are expensive and we'll need to help her with her deductible and co-pay. At the visit they told Andrea that her heart has a few issues but not severe enough yet to warrant a pace maker. They did put on a 2 week holter monitor so that they can double check the other test results. Assuming that the holter monitor doesn't show anything new, she won't need to be seen for another year. Because her brother's have pacemakers she is genetically extra vulnerable so they will watch her extra close. 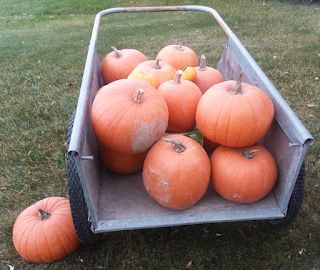